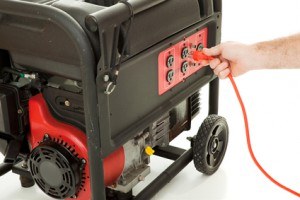 Baton Rouge home generators are one of the most useful machines ever invented. Because of the rapidly evolving technology, people have grown accustomed to making work easier through the use of electricity. In one way or another, electricity is present in almost everything people do – from charging cellular phones to surfing the Internet to watching television to washing and ironing clothes to cooking meals to curing diseases. Electricity has been an important part of everyone's life and even a quick power loss could be a huge disaster in Baton Rouge. Thanks to generators, people will no longer have to think about power outages.

A generator is a machine that converts mechanical into electrical energy by rotating an armature through a magnetic field. The device uses an engine, a motor, turbine or other source of mechanical energy to turn the armature.  A voltage is induced in the moving conductors through electromagnetic induction. To generate voltage, relative motion must exist between the conductors and the magnetic field. Today, generators produce most electricity used not only by industry but also in Baton Rouge homes.

Baton Rouge home generators are either portable or stationary. A portable generator is handy and mobile. It is taken from its storage, filled with fuel, started manually and connected to the loads. It is commonly used to run small power tools. A stationary generator, used primarily as power backup, is already connected to the wiring as well as to the fuel source. It, thus, starts immediately or automatically, in which case, there is an auto transfer switch which is installed indoors and which senses power outage and starts the device, such as when the power is restored, the automatic stationary generator turns itself off. For some, the typical transfer time is between ten and thirty seconds which provides convenience. Another advantage of automatic stationary generators in Baton Rouge over portable ones is that they offer higher power levels. On the downside, they are more costly and they require high installation costs. While some households really need permanent generators due to a high need for emergency power, others can go with portable ones which offer about the same function. Plus, they are relatively less expensive.

To get your own home generator, call your local Baton Rouge electrician.

If you are looking for a Baton Rouge home generators company then please call 225-644-0400 or complete our online request form.