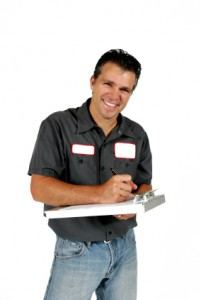 If you are like most Baton Rouge homeowners, changing a light bulb is about the extent of your electrical repair abilities. Fortunately, there are qualified Baton Rouge electrical repair contractors just a phone call away. Electrical repairs are one of those things that homeowners eventually have to contend with, and there are several issues at stake that warrant a second thought about any D.Y.I. ideas or who the best option to hire is.
The biggest and probably most important issue regarding electrical repair is safety. Most Baton Rouge homeowners do not have the proper training to go mucking about with wiring, outlets and breakers. There is a good chance of coming into contact with electricity and some homeowners are not even aware of how to turn off the electricity to their home, which is important in the prevention of electrocution. Furthermore, if electrical repairs are not completed correctly, there is the chance of an electrical fire starting later on. What is risky for a Baton Rouge homeowner to try on their own can quickly become a life or death matter for everyone living at the residence.
Another important issue in electrical repair is the ability of inexperienced people spreading damage to other parts of the home. An expert Baton Rouge electrical contractor can isolate electrical problems and contain them. They can tell if it can affect other parts of the house or whether a problem elsewhere is causing the problem that you notice. And goodness forbid if an inexperienced person were to get in there and end up destroying your home's electrical system due to unwitting error.

The last important issue that should not prevent you from calling a professional Baton Rouge electrician is cost. While considering cost is important in this day and economy, the cost of getting something done right is never too high. Plus, getting it done right the first time prevents more repair down the road, meaning more out-of-pocket expenses.

If you are looking for a Baton Rouge electrician then please call 225-644-0400 or complete our online request form.